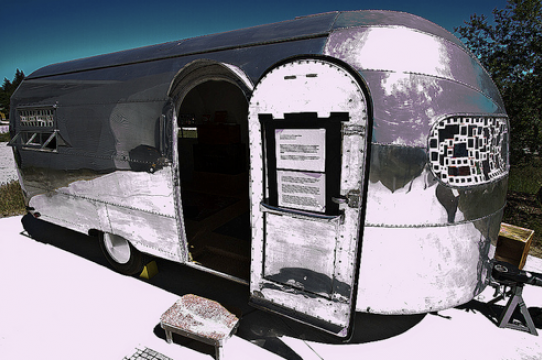 DANM TUESDAYS 4-6 allow the DANM community to come together each week to listen, learn and share our work and play. During the upcoming winter quarter the series will focus on professional development. We welcome DANM alumni back to present about their experiences. Come – and meet your future! Full series here.

Next Tuesday, February 5, join Lily Alexander, UCSC HAVC PhD student, along with alums Jessica Hayden Molla ('10) and Christopher Molla ('10) on the topic of exhibiting your work.

Lily Alexander is currently a PhD student in the History of Art and Visual Culture Department at UC Santa Cruz where her research focuses on the intersecting histories and theories of Art, Activism & New Media. She is also a media arts curator, and recent shows she has worked on include (e)MERGE, a ZERO1 2012 Biennial exhibition of emerging California artists working at the intersection of art and technology; Liquescent,  an exhibition of both historic and new work by sound artist Bill Fontana, held at the Haunch of Venison Gallery in New York in June 2012; I've Got Something on Your Mind, the UCSC Digital Arts and New Media 2012 MFA show; and recent work by internet artist James Pollack at the Catherine Clark Gallery in San Francisco in 2011. She spent nine months as a research fellow at the Catherine Clark Gallery, where she was writing about several of the artists in the gallery's innovative media program. Before moving to California for her PhD work, she lived in New York where she was the online editor for the contemporary art magazine Whitewall, and participated in the elaboration of various exhibits at the alternative space Exit Art. Previously, she was the head researcher for the Hans Hofmann Catalogue Raisonné Project, and received her MA in Modern and Contemporary Art History at Christie’s Education in New York.

Jessica Hayden Molla is a digital media designer, artist and educator. Her areas of practice and research include interaction design, spatial storytelling and the use of new media in live performances and installations. She has a Master of Fine Arts degree from the Digital Arts and New Media program at UCSC, where she is currently a Research Associate with the Division of the Arts and (with Christopher Molla) the Resident Soundscape Artist for the Peer Gynt Project.

Christopher Molla is a culture worker who devotes the majority of his creative energies to music, sound art, poetry, and research in these areas. His visual work includes experiments in digital photography, handwritten illuminated music scores, and experiments in typography and visual poetry. He briefly tasted rock stardom as a founding member of erstwhile college radio darlings Camper Van Beethoven. After leaving the band, he went on to earn an MA in music composition at Mills College, where he studied with Anthony Braxton and Robert Ashley, and David Rosenboom.

Shortly after finishing at Mills, Chris became a music teacher at an elementary school, where he discovered that making music for and with children and families was just the thing to do!   Since then, he has earned a teaching certificate in Orff-Schulwerk with practitioners of international reputation, and has taught at the preschool, elementary and college levels.  For several years, he ran his own wildly popular childhood music program in San Francisco, Jump Up Music and Movement.  In 2010, he earned an MFA degree in Digital Arts and New Media from UC Santa Cruz.  He currently resides in Tucson, Arizona.

COME —  and meet your future!