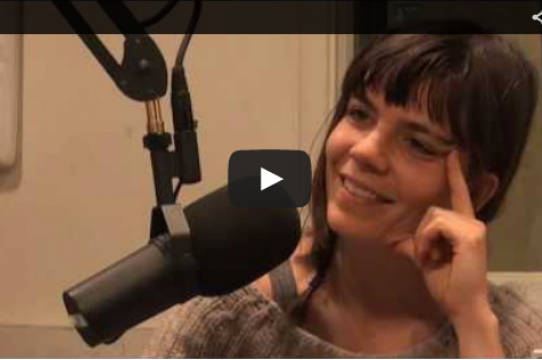 Multi-media interdisciplinary, digital and performance artist, Eve Warnock came onto KZSC 88.1 FM's Artist on Art to talk about her art of directing, designing, performing and storytelling. Her media of choice include experimental films and installation projects. DANM '09 alum, Nada Miljkovic spoke with Eve particularly about her newest and graduating project, Seekago go, a five-part video series.

Eve will be graduating from the Digital Arts and New Media MFA program this spring. She is the first interview in the series of Graduating DANMites 2013. View Derek on the YouTube video.

For her DANM project group work,  Eve served as an art designer and an art director on the very successful immersive performance of “Peer Gynt,” written by Henrik Ibsen and directed by Kimberly Jannarone at UCSC. The performance was the culmination of a yearlong project and was held at the beginning of March. (Visit thegyntproject.com to learn more.)

This summer quarter, Eve will teach a course at UC Santa Cruz titled DANM 138 “Procession: Where Sculpture Meets Costume Meets Performance.” Hosted by the Museum of Art & History, the final project will consist of “processing through downtown Santa Cruz and ending with an open critique and question and answer.”