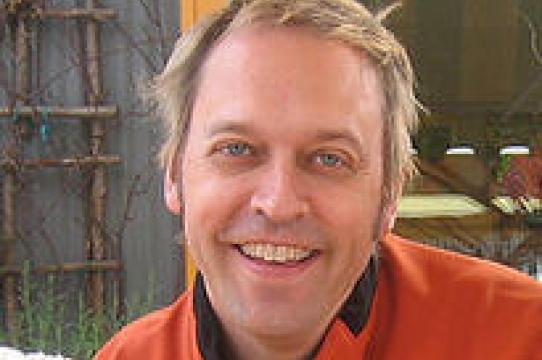 The “digital convergence” of the last few decades has coerced a number of industries into the business of computers and networks.  The institutions of film, television, video, photography, printing, publishing have succumbed to a “rewriting” in digital format.  This rewriting is only possible because of the new, uncanny form that language has taken, the language of computer programming, the language of software.  The uncanny language form makes images, numbers, and languages “equivalents.”  Consequently, to write today is a hybrid affair of code and commentary, programs and prose, in which one must tangle with this entanglement of images, numbers, and languages.

Warren Sack is a software designer, media theorist and artist whose work explores theories and designs for online public space and public discussion. His projects include work in Open Source software development, locative media, computer-supported translation, and systems for visualizing and facilitating online discussions.  Sack’s work has been exhibited at the ZKM, Karlsruhe,; the New Museum, New York; and the Walker Art Center, Minneapolis. He has a Ph.D. from the MIT Media Laboratory and a BA in Computer Science and Psychology from Yale College. He is a Professor of Film & Digital Media at the University of California, Santa Cruz and, for the 2012-2013 academic year, an American Council of Learned Societies Digital Innovation Fellow and a Visiting Professor at the École nationale supérieure des télécommunications (Paris).

This lecture is co-hosted by the Centre for the Study of Invention and Social Process and the Digital Culture Unit, Centre for Cultural Studies, Goldsmiths, University of London