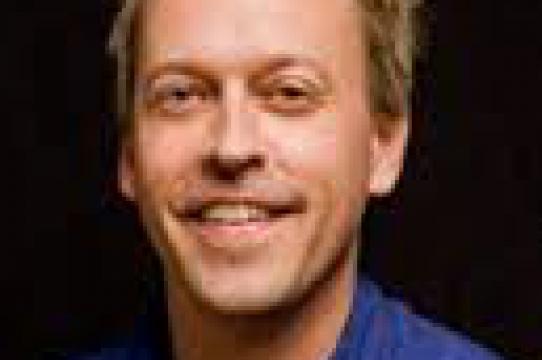 These talks provide a good snapshot of some of the projects DANM Prof. Warren Sack is working on.

ABSTRACT: “It is no exaggeration to regard this as the most fundamental idea in programming: The evaluator, which determines the meaning of expressions in a programming language, is just another program. To appreciate this point is to change our images of ourselves as programmers. We come to see ourselves as designers of languages, rather than only users of languages designed by others.  In fact, we can regard almost any program as the evaluator for some language.” (Harold Abelson and Gerald Sussman, Structure and Interpretation of Computer Programs, 1996).  This approach, that Abelson and Sussman call “metalinguistic abstraction” – the establishment of new languages -- can be more easily pursued in JS if we restrict the syntax of our new languages to a syntax that can be handled natively by JS.  If we write code for a new language in JSON then, instead of writing a lexer and a parser for the new language, we can go straight to the work of writing an evaluator and rely on eval or JSON.parse() to handle the syntax.  I illustrate this approach with prototypes of several languages that employ JSON as the syntax of the code: (1) a language for one- and two-dimensional cellular automata where the rules are written in JSON; (2) a logic programming language where, again, the rules are written in JSON; and, (3) a hierarchical task network (HTN) planning language that builds on top of the logic programming language.  The cellular automata are more of theoretical interest than practical, but they are an easy way to illustrate the approach.  The logic programming language may be more practical for those interested in document-oriented, JSON-based databases.  And, the planning language might be of use to those who are implementing games or other applications that require symbolic artificial intelligence techniques.  Example programs written in these languages are given illustrating some ideas from the theory of computation, machine learning, and automatic story generation.

Seminar at the Centre Pompidou with Bernard Stiegler & Frédéric Kaplan

ABSTRACT: In my presentation, I propose to discuss “language limits” or what in anthropology have been called “language ideologies.”  Michael Silverstein defined “language ideologies” as “sets of beliefs about language articulated by users as a rationalization or justification of perceived language structure and use.”  I will argue that computers and networks have changed what software designers imagine language limits to be, but that these technologies have not yet changed those limits in the imaginations of most of the rest of us.  Consequently, Frédéric Kaplan’s explanation of Google’s business model as “linguistic capitalism” takes us by surprise, even shocks us.  Google is doing things with language we did not even imagine could be done.  Who could have imagined that individual words could be sold?  Novels, songs, poems, even slogans and trademark phrases, sure.  But, individual words as the commodity on a enormous market garnering 5 million dollars a day for Google?!   In addition to examining some of these language limits we have hindering us from understanding what might be the next wave of capitalism, I want to speculate on a form of linguistic capitalism that is potentially different from Google’s current practice of selling individual words.  I will call this practice simply “language planning” and shortly trace out a history and one of its possible futures.

ABSTRACT: To understand in a society where script is the latest technology would entail writing down oral stories.   To understand in a print society would be to apply the techniques of print to the texts created by scribes; e.g., the introduction of chapters, footnotes, a table of contents, subject indices, and the whole apparatus of the library. To “understand” in a society that employs computer programming would be to transcode printed texts into programs, as Jean-François Lyotard foresaw.   To understand a society interwoven into the Internet would entail describing it using Web 2.0 technologies, not as objects of empirical analysis, but as the theoretical lens through which to examine the social dynamics of the Internet.   Following this line of reasoning, the database and the narrative are not oppositional forms as, for instance, Lev Manovich has posited.   Instead, databases are just one necessary component for a contemporary understanding of narratives.  The purpose of this presentation is to narrate a genealogy of a particular strand of formalism that runs from Vladímir Propp’s analysis of folktales, through Lévi-Strauss’ study of myth, and into the present world of software implementations of automatic story generators

ABSTRACT: As Maurizio Lazzarato points out in a recent book, "...machines ... can be found everywhere except in contemporary critical theory” (in Signs and Machines: Capitalism and the Production of Subjectivity, 2014).  How can we understand our present conditions if we cannot write about the machines with which we are entangled?  My message to critical theorists is that we need to invent new, critical, machine languages to challenge the machine languages now in power and, specifically, we need to improve upon the lexicon of "machinic assemblage" still in circulation in science studies, finance studies, and critical studies of capitalism (incorporated into, for example, actor-network theory) now decades after Gilles Deleuze and Félix Guattari assembled that machine language.  In short, critical theorists of today need to become skillful coders because to write about and – especially -- to rewrite the machines of today is to write software.