The Harrison Studio and The Time of the Force Majeure 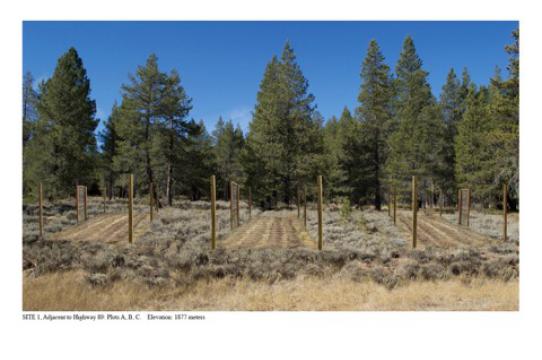 Presented by the Art Department at UCSC.

DANM Affiliate Faculty member Newton Harrison will present selected projects and a reading from Helen and Newton Harrisons' major new publication: The Time of the Force Majeure: After 45 Years Counterforce is on the Horizon.

Since the 1970s Helen and Newton Harrison have been creating art inspired by the earth. They established a worldwide network among biologists, ecologists, architects, urban planners, politicians, and other artists to initiate collaborative dialogues about ideas and solutions which support biodiversity and community development.

From The Time of the Force Majeure:

We, of the Harrison Studio, believe
As do others, although differently
That a series of events have come into being
Beginning in the time of Gilgamesh and before
Beginning with agriculture and the first genetic manipulation
Beginning with culture of animals and ongoing genetic manipulation
Beginning with globalization six thousand years ago with the Salt Route
A little later, the Silk Route
And later and later…
Especially with science informed by Descartes’ clock
And with modernity recreating the cultural landscape
And deconstructing nature thereby
From the Industrial Revolution to the present
Until all at once a new force has become apparent
We reframe a legal meaning ecologically
And name it the Force Majeure

Free and open to the public

University of California Santa Cruz
Department of Art and the Division of the Arts
1156 High Street, Santa Cruz, CA 95064