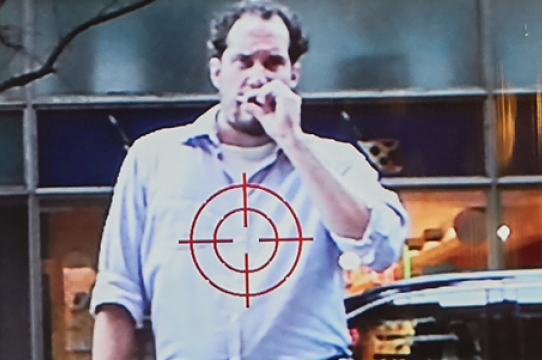 Edward Shanken, co-curator of the Real Art Ways exhibition Nothing to Hide? Art, Surveillance, and Privacy is featured on NPR and in the Hartford Courant:

Ray Hardman of WNPR interviewed Dr. Shanken about his curatorship of Nothing to Hide? for the segment, Somebody's Watching Me: Big Brother In The Modern Age:  "When the subject of government surveillance of private citizens comes up, supporters of the practice often reflexively respond, 'I've got nothing to hide, ' Hardman observed. Shanken, like others in the forefront of surveillance protests, is having none of that: "It's not about having anything to hide," he argues, "Privacy isn't about secrets, It's about things being nobody's business." The segment on the exhibition begins at 29:50.

The excellent review in the Hartford Courant by Susan Dunne offers an in-depth assessment of the issues and exhibition.

Nothing to Hide? boasts the U.S. premiers of Julian Oliver’s Stealth Cell Tower, an antagonistic GSM base station in the form of an innocuous office printer and a performance and installtion of Michelle Teran’s Folgen, which tracks the locations and identities of YouTube video-makers. Eric Corriel’s Targeted addresses discriminatory surveillance practices, while Eva and Franco Mattes’ The Others consists of a slideshow of 10,000 photos appropriated from random personal computers, without their owners’ knowledge. The star-studded cast of artists includes Aram Bartholl, Paolo Cirio, Hasan Elahi, Lynn Hershman Leeson, Rafael Lozano-Hemmer, Jonas Lund, Trevor Paglen, Ryder Ripps, Bjoern Schuelke. and Abram Stern (aphid). The exhibition is on view until June 19, 2017.