will wright :: gaming as a lens on the world 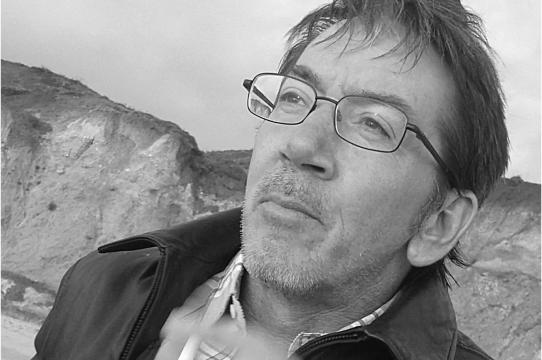 Will Wright's talk, "Gaming as a Lens on the World," is one of the 2013 Arts Division Lecture Series, "Engaging the Mind." It takes place on Thursday, May 2, 2013 at 6:00pm in the Media Theater (M110), Theater Arts Center (UCSC) and immediately precedes the reception for the DANM MFA Exhibition, ground(ctrl).

With ever expanding demographics, themes and accessibly, games are now becoming as ubiquitous in our cultural landscape as storytelling has been. Pioneer game designer Will Wright's epic SimCity helped put contemporary game narratives on the global map.

We don't just consume games for entertainment, we also use game ideas and structures to parse and decode the world around us. Gaming as a conceptual framework better "fits" the world of high interactivity, connectivity and personalization that we are rapidly entering. In a broader sense games + the communities that evolve around them have proven to be powerful tools for problem solving, education and creativity. How can we harness the power of this new media in the future?

The talk is free and open to the public.

* * * * *
Will Wright (born January 20, 1960, Atlanta, Georgia) is a well-known computer game designer, and is co-founder of Maxis. He created groundbreaking games such as SimCity, The Sims and Spore. He is known for his unusual ideas and projects, which have become groundbreaking hits sealing his reputation as one of the most important game designers in the world. Currently CEO of “Stupid Fun Club,” he is now working on new concepts to expand the realm of gaming into our everyday lives. When asked what he does he says “I design stuff.” Rolling Stone magazine called him “one of the 100 people that changed America.”

Twenty years ago, a video game that you could neither win nor lose was inconceivable — unless you were Will Wright. With five years of college under his belt and no degree, twenty-something-year-old Will had the idea of creating a game based on designing and building cities. In achieving that goal, Will created a new genre in gaming and within it, one of the best-loved game franchises in history, establishing him as a visionary within the world of video game design.