visiting professor from the university of amsterdam, thomas poell to speak 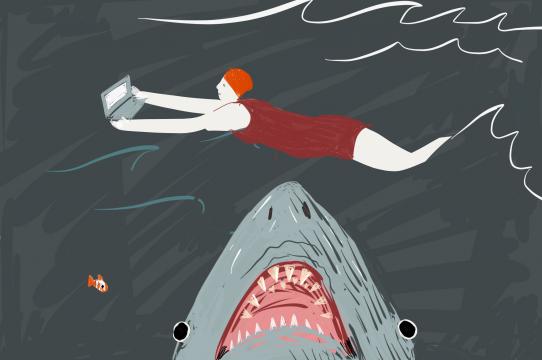 Thomas Poell is Assistant Professor of New Media and Digital Culture at the University of Amsterdam. His research is focused on social media and public communication around the globe. Together with professor José van Dijck, he leads the KNAW-‘Over Grenzen’ research program on ‘Social Media and the Transformation of Public Space’ (June 2013 until August 2015). The program investigates how public space is reconfigured in the new emerging ecosystem of social media and conventional mass media. http://home.medewerker.uva.nl/t.poell/ Poell's office this term — thanks to DANM Director Chemers! — is DARC 143.

Talk Description
Over the past decade, social media, such as Facebook, Twitter and YouTube, have penetrated deeply into everyday life, affecting people's informal interactions, as well as institutional structures and professional routines. Far from being neutral platforms for everyone, social media are affecting the conditions and rules of social and cultural interaction. In this talk, Poell  will discuss how users, social platforms, mass media, and social institutions become mutually entangled. Exploring such connections, he identifies key mechanisms that fundamentally alter the relations between political and cultural actors. The discussion will focus on four mechanisms: datafication, commodification, selection, and connection. Poell will demonstrate that each mechanism is, on the one hand, constituted through the practices of users and social institutions. On the other hand, it takes shape through the technological infrastructures en commercial strategies of social platforms. Social media mechanisms are gradually invading all areas of public life. Besides print news and broadcasting, they also affect law and order, civic engagement, education, and so forth. This talk maps the complex connections between the plat­forms that distribute these mechanisms: users that employ them, technologies that drive them, business models that scaffold them, and institutional bodies that incorporate them.