EXTRACTION: Decolonial Visual Cultures in the Age of the Capitalocene

presented by T.J. Demos, A. Laurie Palmer, and the Center for Creative Ecology 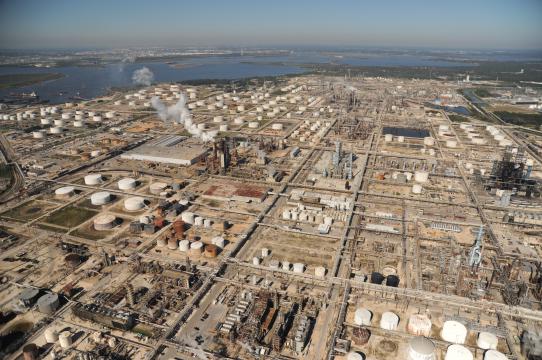 In this series of interrelated events, extraction designates capitalism’s fundamental logic of withdrawal—of value, nutrients, energy, labor, time—from people, lands, culture, life-forms, the elements, without corresponding deposit (except as externalities of non-value in the form of pollution, waste, climate change, illness, and death). Extraction signals processes as diverse as the industrial operations around fossil-fuels (oil, coal, and natural gas) and rare earth minerals, biogenetic patenting, data mining, cognitive capitalism, and prison-industrial and unpaid domestic labor. It also points to the hierarchies of power around divisions that are racially, ethnically, sexually, and ecologically inscribed, as highlighted in Indigenous struggles for sovereign land rights and climate justice activism.

How can we understand the diverse cultures of extraction in relation to histories of colonialism, green capitalism, the Anthropocene and Capitalocene—beginning with our region, California, but also extending outward to such comparative geographies as North Dakota, Alberta, and Chicago—and how are these cultures being visualized?

How is extraction, constituting a fundamental logic of living and dying in the era of fossil fuel capitalism and catastrophic climate change, being contested at the individual and collective levels, including by cultural producers (socially engaged artists, anti-colonial activists, Indigenous water protectors, media theorists, writers, architects, and designers, etc.)?

Can we distinguish between “predatory,” “sensible,” and “indispensable” extractivism, where the latter may even define an anti-imperial movement toward greater sovereignty by countries in the global South?

Faced with multiple tipping points moving us implacably toward a catastrophic environmentally altered future—and now with a US president hostile to climate science and industrial regulations—how might we create possibilities for living non-extractively in ways singular and plural today​?

All events are FREE and open to the Public.

*All lectures and screenings are on Tuesday evenings, 5-7 pm, in DARC 108 at UC Santa Cruz unless otherwise noted.

May 12-13 (Friday at the Multi-Purpose Room at College Nine and Ten; Saturday at the Nonviolent Resource Center)