prom week among finalists at indiecade 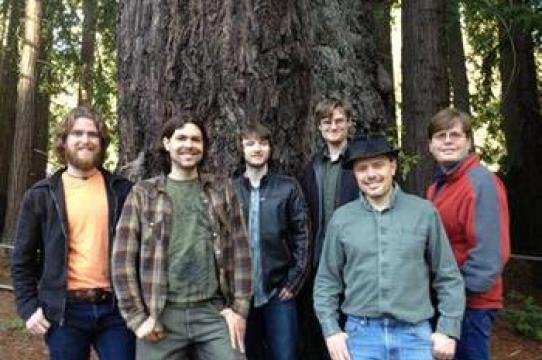 DANM designers joined forces this past year with Computer Sciences researchers to create Prom Week, one of a handful of exciting new video games chosen as finalists for the October IndieCade gathering.

Powered by a unique AI system, Prom Week is a social simulation\game that allows players to shape and engage in the lives of high school students in the week, the all-important, emotionally-fraught week, leading up to the prom. Choices made by the players quickly ripple through the "student body," and in turn alter the actions and desires of the rest of their classmates. The game generates stories about the characters, as well as strategies for social manipulation, in real or virtual life.

Who could forget the weeks leading up to our high school prom? And whether yours was the stuff of dreamy nostalgia or a white-knuckled saga of tears and disappointment, there is no doubt that the big finale of the teenage social calendar looms large in our collective unconscious.  Which is why the new computer gameProm Week is so compelling, both in name and concept.  Prom Week has received plenty of press already, including Wired Magazine's write-up, "7 Indie Games That Rocked at E3". For an overview of press and honors from co-creator Ben Samuel, check the Prom Week site.

Prom Week is one of the finalists at this year's IndieCade, the International Festival of Independent Games convening October 4-7, 2012 at multiple locations in Culver City, California. IndieCade has been called "the video game industry's Sundance,“ and this eagerly-awaited annual  convention gives high profile recognition and a chance to play and preview the top tier of new video games.

"This is fundamentally rich territory for play," Wardrip-Fruin says of the Prom Weekconcept. "Identities, relationships, and stories are at the root of much of the play and experimentation we do as children and adults. But most computer games use these elements as theme or decoration (if touching them at all) while we tried to make them the focus of the experience."

The game's co-author Aaron Reed attributes some of Prom Week's success to the fact that the team was able "to capture some of the crazy, immature, at times vicious, at times sweet character of high school drama (or at least our nostalgia-tinted memories of it). The internal AI system is doing all kinds of intensive calculation under the hood, but the player mostly is just laughing that Doug is so over his crush on Monica, or that your actions turned Mave and Lil into mortal enemies."

Both Wardrip-Fruin and Reed agree that the game's unique perspective reflects that of the UCSC campus in which it was born. “A place like UC Santa Cruz, which deeply values interdisciplinary work, is a natural home for projects like Prom Week,” says Wardrip-Fruin. “The freewheeling collaborative atmosphere UCSC fosters,” contends Reed,“really helped produce an environment where the core team could really feel like we were making this game as a personal passion, not just as 'homework' or professor-assigned research.”

For Reed, “the most satisfying thing has been watching people's eyes light up as they start to 'get' what Prom Week is doing. . . . once people start to realize we're actually simulating these goofy characters' desires and emotions, the way they relate to each
other, and that the story they're watching unfold really is dynamically changing because of their actions, people get as excited as we are” Reed continues,“about the future of interactive storytelling. And that's really cool to see."