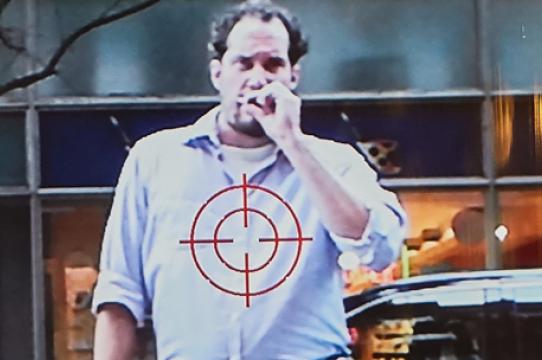 Nothing to Hide? Art, Surveillance, and Privacy, is an exhibition of visual art, public art, film, performance, interactivity, public discussions, and spoken word, exploring the prevalence of surveillance and its impact on the way we lead our lives. The exhibition will be on view through June 19, 2017.

The exhibition is co-curated by Edward Shanken and Jessica Hodin.

Mass government surveillance and corporate data collection have become the new normal. We hear that individual privacy must be sacrificed in the interests of national security and that “If you’ve got nothing to hide, you’ve got nothing to fear.” But has increased surveillance made us safer, or are we, in fact, more vulnerable in other ways? Is privacy only about hiding bad things? Might privacy be a matter of principle: that personal information isn’t anyone else’s business, that citizens have the right “to be let alone,” as the U.S. Supreme Court declared more than a century ago?

Nothing to Hide? Art, Surveillance, and Privacy examines these issues, revealing many shades of grey. The artworks in the exhibition offer probing insights into our complicity in surrendering privacy, how surveillance culture impacts our daily lives, the banality and uncanniness that it can generate, and forms of resistance that range from invisibility to hyper-publicity.

The exhibition features the U.S. premiers of Julian Oliver’s Stealth Cell Tower, an antagonistic GSM base station in the form of an innocuous office printer and Michelle Teran’s Volgen, which tracks the locations and identities of YouTube video-makers. Eric Corriel’s Targeted addresses discriminatory surveillance practices, while Eva and Franco Mattes’ The Others consists of a slideshow of 10,000 photos appropriated from random personal computers, without their owners’ knowledge.

Paolo Cirio will lead a public art project, Street Ghosts, in downtown Hartford. Working with local residents, Cirio will appropriate images of people “captured” in Google Maps Street View and physically post life-size posters of these images at the exact sites of the Google Maps locations in the city.

Reaction Bubble – a collaborative project that includes custom electronics, sound and video, ceramic sculpture, and choreography, and that was commissioned and produced by Real Art Ways, is also included in Nothing to Hide?. A reception for the Reaction Bubble artists – LOVID, Deborah Goffe and Matthew Towers – will take place on Saturday, March 18, 5-7 PM.

Edward A. Shanken is Associate Professor and Director of Digital Arts and New Media at University of California, Santa Cruz. He lectures and publishes widely on surveillance art, cybernetics and systems theory, and the relationship between new media and contemporary art. His books include Systems (Whitechapel/MIT, 2015), Art and Electronic Media (Phaidon, 2009), and Telematic Embrace: Visionary Theories of Art, Technology, and Consciousness (U Cal Press, 2003). http://artexetra.com/

Jessica Hodin received her B.A. from Dartmouth College (New Hampshire) with a major in Art History and holds a Master’s Degree in Art Business from the Sotheby’s Institute of Art (New York). She is currently a fellow at the Art and Law Program. Jessica manages Art Basel’s Crowdfunding Initiative, a creative partnership with Kickstarter aimed to catalyze support for nonprofit arts organizations and institutions around the world.  From 2013-2014, she was the Curator and Director of the Bleecker Street Arts Club in Manhattan’s West Village. She continues to advise clients with respect to art acquisitions and pursue independent curatorial projects.