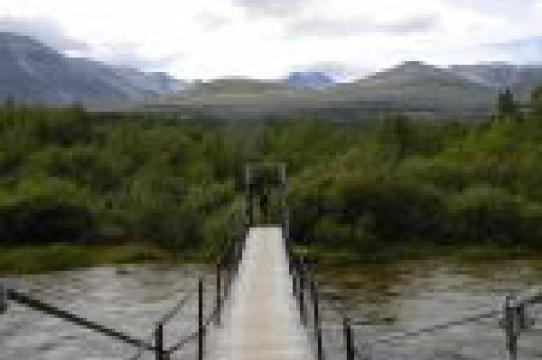 Peer Gynt, Ibsen's 1867 masterpiece, has waited a century and a half to be staged with 21st-century technology. The proscenium theater of Ibsen's day launched this sprawling verse epic, but it also could not accommodate its true scope. We want to produce this play with all the multidimensional adventure it demands.

We propose to take over a building—one with advanced technological capacities and multiple levels and rooms—and inhabit it with the adventure of Peer Gynt. Drawing on the play's roots in medieval plays, this production will move the audience through different spaces as Peer roams through Norway.  We will take some episodes that are usually cut due to the difficulty in staging them—such as the shipwreck scenes—and bring them to life in rooms crafted from video, digital animation, and non-human performers. We will intersperse such digital tableaux vivants with scenes of utmost simplicity, such as a single human performer peeling an onion in an empty room. The world of the dream, the tall tale, the adventurer, the vulnerable boy, the jaded man, the sweep of the fjords, the claustrophobia of the bog, the overlapping layers and stages of life will be evoked in this production.

The process is collaborative and multi-disciplinary in its conception. Scenes and "rooms" (tableaux vivants, installations) will be assigned according to interest. DANM students who sign on to the project group will be invited to propose scenes and determine their sphere of participation. Certain scenes and decisions are tentatively in place.

Other faculty members and outside professionals are invited to take on other scenes, offer Norwegian dramaturgy/literary/cultural advice, and contribute puppetry expertise.

Outside Input and Impact

This production should be a watershed in American stagings of Peer Gynt. External associated activities may involve:

This project will continue beyond the official 2012 project group period, with a performance to be scheduled in 2013.