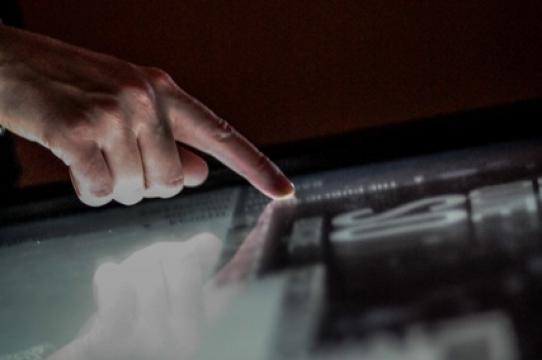 The interactive, web-based, database-driven, new media documentary is now perhaps, one of the most rapidly emerging new media forms. The “webDoc” has become the focus of the international film and television industries, funders like the Tribeca Film Institute, and technology developers like the Mozilla Foundation, as well as a plethora of recent international festivals, conferences and exhibitions. This research group will explore the aesthetic, political and ethical dimensions of such new and expanded forms of documentary practice – experimenting with new methodologies and technologies to generate new kinds of politically and socially productive documents of our situated realities.

Documentary practices and their products, whether cinematic, photographic, journalistic or archival, have long been troubled by questions: regarding their relationship to the real (the construction of facticity); regarding their objectivity (the construction of perception and perspective); and regarding their social and political efficacy. The Public Records research group will engage these questions, with a particular focus on social and political efficacy, in context, through reflective analysis and production of non-fiction, participatory and/or social media and/or physical archives.

This research group seeks participants who are able to work across disciplines to reimagine existing methodologies and invent new forms. The goal is to find those who have their own abilities and approaches but who also desire meaningful collaboration. Ideal candidates will have backgrounds that are already interdisciplinary, especially including two or more of the following: non-fiction film/video making, interaction/graphic/industrial design, radio production or sound art/design, computer science, digital arts, social art practice, journalism, documentary studies, social theory/philosophy.  Students who are interested in pursuing their research in the context of public institutions and legal frameworks with a focus on law and governance, criminal justice, public health or public education will be given special consideration. Participants in the research group will become student fellows of the Center for Documentary Arts and Research through which they will have access to the center’s research faculty, resources and visitors. Research group members will pursue their own documentary based creative practice and research, with feedback from faculty and other group members. At the same time, members will participate in one or more group projects designed to produce completed works that can be publically launched, exhibited, demonstrated and result in conference papers and journal publications.

Students participating in the project group will be encouraged to focus on two problems that require innovation within new media documentary practice 1) how to effectively represent or visualize “subjective” or “qualitative” data (in the form of interviews and observational documentation) in tandem with “objective” or “quantitative” data (studies, statistics, etc.), and 2) how to generate/design “dynamic” documentaries - in other words, frameworks/prototypes for database-driven, participatory and/or interactive documentaries that are capable of developing dynamically as the context or situation documented evolves. This second question is not sufficiently addressed through automated or participatory ‘data-entry’ (RSS feeds, YouTube channels, etc.). The goal will be to develop dynamic public records that are shaped by argument, analysis and perpetuated through sustained inquiry. The group will take up these research questions in the context of specific documentary projects. For example, one or two students may choose to focus on documenting the manner in which Santa Cruz County is responding the Public Safety Realignment Act (California Assembly Bill 109). The bill, an attempt by the state to address how mass incarceration contributes to the current budget crisis, shifts the responsibility for "non-violent, non-serious and non-sexual" offenders to the counties. While many counties are responding by building new jails to house these offenders, Santa Cruz has, thus far, responded with a number of community based, progressive programs. The students who chose to research and document some aspect of this situation would gather both ‘subjective’ and ‘objective’ data within the local criminal justice system, community service organizations, city government offices, etc. and collaborate with social scientists on campus who are tracking the programs and approaches. I use this example because; it is clearly an issue/situation that requires a longitudinal approach (and framework), the fieldwork could all be conducted locally, and there are potential faculty and community collaborators easily accessible to students.

Within these parameters of locale and access, students would choose the content-focus of their own individual or group project -- an issue or event situated within the arena of social justice, broadly defined or at the intersection of human rights and the environment – that they have a strong desire to research, understand and, ultimately, argue to the public.